Dublin, 5th May 2016 – More than half of Irish companies don’t provide regular cyber security training to staff, a new survey commissioned by Data Solutions has found1. The leading Irish IT solutions distributor found that as awareness of cybercrime increases, businesses are becoming more complacent about educating staff about cyber risk. Complete analysis of the survey results will take place at Data Solutions fourth annual Secure Computing Forum which will be held in The Round Room at The Mansion House, Dublin on 12th May.

The study shows that some 52% of organisations are not providing adequate training to staff – up from 43% of businesses last year. That is despite the fact that almost half of those surveyed see staff as one of the two biggest sources of data breaches. Just 21% said that criminals were most likely to be behind a data breach. 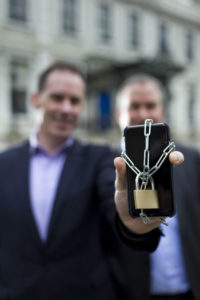 The survey also found that despite the proliferation of high-profile attacks such as Cryptowall, which encrypt vital data and hold organisations to ransom, many organisations remain unprotected against such attacks. One-third of respondents stated that they were either unaware of whether steps have been taken, or sure that no steps have been taken by their business to protect itself against attacks.

A further 15% said that they have not made changes to their cyber security in the last year, despite the rise in cyber-attacks globally.

Discussing the results, David Keating, security sales manager, Data Solutions, said: “It’s worrying to see that there has been an almost 10% increase in the number of organisations opting not to offer training around cyber security risks to staff, as the number of cyber-attacks has been increasing year-on-year. It’s especially important to focus on new staff and ensure that they know the basics, such as spotting a phishing attack, checking the reply address when sending an email and check and re-checking when sending encrypted files. Since employees are seen as the most likely source of a data breach, their training needs to be prioritised.

“The most sophisticated organisations use managed security services. Working with a provider that takes the time to familiarise themselves with the business environment, and analyses feeds in order to decide which updates and threats are important, is the most effective way of minimising the risk of a data breach.”

Business Solutions
magazine has established itself as a valuable source of news and information for senior management within business in Ireland. Over 6,000 key decision makers within both the public and private sector read more